MY EXPERIENCES AT THE PDA CONFERENCE

So what do you do when you are alone in a B&B, in a place that you don’t know that well and you’re unable to sleep? Well, you write a blog post of course! 🙂

I’m currently sat on the end of the bed, half watching Stepmom and missing Paul like crazy. As I write this he’s whizzing down the M5 headed home. 😦 This is the first time since we’ve been together that I have spent a night away without him and without any “local backup”. What I mean by that is that normally when I travel somewhere alone it is to someplace I know well or to meet someone I know. I really am alone right now.

We’ve both been to the PDA conference tonight (30/04/14) held by South Gloucester Parent and Carers. There’s another one tomorrow morning, which I’m going to, but Paul has to work hence why I’m alone in Bristol. It was very good and we met some lovely people who I speak to quite often in the online groups. 🙂 I wouldn’t say that I’ve had my knowledge or understanding of PDA extended or even changed, as I think that’s an impossibility, but I do enjoy hearing the likes of Phil Christie explain it to others and then see their shocked and surprised reactions to “the odd or strange behaviours” that to me are perfectly normal and rational! :p I also have this strange belief that if I attended enough of these things then one day someone might just say, “hey Julia, do you want to speak at the next one?”, and then finally I can tell the masses my side of the story – the PDA side – and we can start moving PDA awareness onto a whole other level. It annoys me that in the 21st century we are still having these battles. These battles that should have ended long ago. When will they end? When will we be let in to society fully? When will we be given the support we need? When will we no longer be made to feel like outsiders? Yes I’m different, okay I get that but different doesn’t mean bad. I have a lot to offer if only this world would give me the time and space to show that. Let me share my story with you so that you can all help others and educate yourselves along the way. That’s all I want. I don’t want fame or glory – I just want to go to bed every night knowing that today I did my best and today I’ve helped someone.
I just wish that every day could be like this evening. Helping, sharing and making friends. 🙂 I know it’s a very idealistic way to view the world and perhaps it’s an impossible dream but I’m willing to work at it and find that out for myself. This evening I was in a room with people and for once we all had the same thing in common – PDA – yes our stories were different but for once I wasn’t completely the odd one out and that’s a lovely feeling and not one that I feel too often. 🙂 As I sit here half listening to the film and half listening to the traffic outside I am reminded I am alone. I don’t like being alone really. It’s something that I’m not used to and something that I’m terrified of. I think that stems from spending much of my life reinventing myself in a bid to be what “they” want in order to fit in. Of course it has never worked and I gave up trying to be someone I’m not a long time ago, however it stays with you and at times like this I am reminded just how sad a life alone would be. I don’t want to depress myself so I’ll stop. Today was a good day. 🙂 Perhaps tomorrow will be the day I make some headway……..

So here I am on the train headed home. I wasn’t going to ever finish this blog but I think it’s important. It was never meant to be a proper blog – it was meant more to clear my mind a bit but I figured it would be interesting to share what happened next…….

So, I arrived at the venue of the next conference very early. My plan was that I would get there early so I could find a seat and hopefully bump into someone from the PDA army and perhaps they’d sit with me but that didn’t quite work out. There were too many people there already and that made it too difficult to scan the room and look for a familiar face. Too many eyes. So I gave up and sat with people I didn’t know and filled out/handed in the feedback questionnaire – I decided to offer my services, as it were! Lol. I gave them my contact details and told them that I would be more than happy to speak about living with PDA if they ever did another PDA conference. Then someone from the organising group came over and spoke to me about it and she seemed really keen! 🙂 I can’t believe it! It might finally be happening! 🙂 Fingers crossed. Anyway back to my “seating issue” – awkward is how I would describe it. I didn’t introduce myself. I was still anxious about my plan not working out so I went on Facebook.

You see, I can’t be me without help. I need someone I know with me. Without that I close up and shut down if I’m in a new and unfamiliar situation. I can’t do it. Anyway just as I was about to give up and zone out completely I had a message from someone! Yay, I wasn’t alone after all! Someone I knew from the groups was here after all! 🙂 She was sitting quite a way from me so we agreed to meet up during the break. Finally, something to focus my mind on. Something to help drown out all this chatter. Something to soften the lighting. Something to make a plan B with. Focus on plan B. 🙂
Anyway, back to the conference. The first half was pretty much the same as the night before, which I had expected but it was still really interesting. I often find that if I hear something more than once I find things I missed the first time around, which was the case this time too. If only everyone who worked with children with PDA, and other additional needs for that matter, would get up off their arses and go to conferences like these! Just imagine how much happier these children would be!

Now, even I know that that is a pipe dream but it’s a nice pipe dream so don’t ruin it! 🙂 So, I flitted between helping people on Facebook and listening to Phil Christie and then in the break I headed outside with the mum I was telling you about earlier. She was very nice. I don’t think she realised just how much I valued her being there so if you are reading this, thank you. 🙂 So, with my new found confidence I went back in and sat down at the same table I had been at previously. This time however it was easier. They had obviously all been talking to each other during the break and when I sat down one of them asked me if I was a parent or a professional. I giggled and told them my story – one mum said I gave her hope for the future, which was lovely to hear and the professionals at the table seemed interested too. I gave them all the links to this blog and the groups. 🙂 So begins the second half and the one I’ve been waiting for most of all – self-awareness. 🙂 Finally, someone other than me is talking about the vital importance of someone with PDA being self-aware! Hallelujah! 😀 It really is so important that everyone knows this fact – you must tell them. You must give them time. You must explain PDA to them. You must. It’s that simple. Don’t let them go through life not knowing. Not understanding and feeling like an outcast and a freak. Let them know it’s okay. 🙂 Also please make sure that everyone in the family is very PDA aware – even siblings. I have wasted so many years not understanding myself, not knowing, hiding and feeling like an outcast and a freak. The damage that this did to me is unbelievable. Just let them be…….. 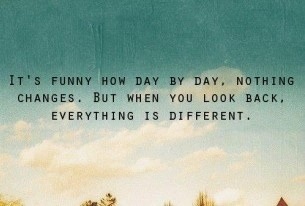 So that’s what happened. Well, granted it’s not the most accurate minutes I’ve ever seen in my life but it’s what happened to me at the conference. I’m afraid that if you want to read what Phil Christie said you’ll have to read it on the website. 🙂 It’s been an interesting 24hrs that’s for sure. It feels more like a week. I’m so tired and close to meltdown but in a good way, if that makes sense. I’m a little tearful and I feel like I might snap any minute but I’m okay. I’m on my way home now to see Paul. He’ll make it all better, like he always does. ❤ I know that I won’t be able leave the house for the next few days but I’m okay with that. It’s a sacrifice worth making. 😀 Even though I feel like this I still had a great time! 😀

Here are some observations I have on some things that were said and some key points that rang true to me/made me smile:

* Blame was mentioned a lot, well our inability to accept blame that is, and I couldn’t help but smile when the example “I wouldn’t have had a meltdown if you hadn’t of pushed me into it” was given! 😀 I hate to say it people, but it’s true! If you push us to breaking point we will snap and yes, I’m afraid, that it will be your fault! Lol. 😉

* School exclusions were discussed. This upset me. I hate knowing that so many are still being failed like I was. 😦 As far as I’m concerned excluding a child only serves one purpose and that is to confirm that there is something “wrong” with them and that’s wrong and extremely damaging. 😦

* According to the National Autistic Society 71% of children with an ASD go on to develop a mental health issue. That’s a horrific statistic. 😦

* One of the quotes given by a child was fabulous! On the screen were two hand drawn pictures of the same cat, one in the daytime and one at night, and underneath the words “there are only two times I feel stress – in the day and at night!” Bloody brilliant! 😀

* According to NAS statistics 1 in 85 have an ASD. I wonder how many of that figure have PDA though?

* The Elisabeth Newson Centre (ENC) sees between 35 – 40 children a year. Nothing was said about how many of them actually resulted in a diagnosis of PDA and how many that didn’t. This would be interesting to know and might help answer my question about just how many of the total NAS ASD figures actually have PDA.

* Another fabulous quote was this ” A diagnosis isn’t a label, it’s a signpost!” – a perfect way of putting it! 😀

4 comments on “MY EXPERIENCES AT THE PDA CONFERENCE”

"Demand avoidance is a way of life for you, isn't it?"

where secondhand is always first choice...

Family, life and love on the spectrum

Me, my boys and PDA
kathleen kerridge
You, Me and Life dealing with the triple A's

Bringing up a child with ASD

The prickly and the soft of life.

Let's get some fatties all up in this kitchen . . .

The latest news on WordPress.com and the WordPress community.

Thoughts from an ADHD physician, father and patient

Amusing musings from an Aspergian on planet Earth.